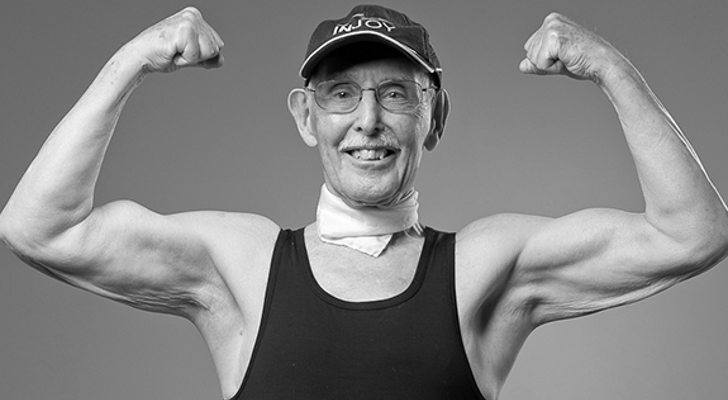 Aging can bring with it a host of negative adaptations, such as osteoporosis, sarcopenia, diabetes, and cognitive decline to name a few. The assumption here is that what is common is what is normal. The fact of the matter is that while there is some amount of decline with age, the degree to which this decline occurs is largely within our control. Our body is supremely adaptable to that with you do, or do not, do. So if you move, your body will better equip your ability to move. Similarly, if you don’t move, your body will make you better at not moving. It is that latter that leads to what are referred to as “hypokinetic diseases.” That is, a lack of movement and the diseases that result, like the ones listed above.

In this population, the sedentary older individuals, the amount of insulin required to create a maximally productive environment for protein synthesis is greater. It’s a wonderfully circular situation: if you are inactive, you lose muscle tissue, which reduces your insulin sensitivity because muscle is where glucose is primarily stored. So less untrained tissue means less insulin sensitivity. Simultaneously, less muscle means less blood flow to the muscle. The way in which insulin increases protein synthesis is indirectly via vasodilation (enlargement of the vascular structures in muscle tissue).  The only way to overcome this is to increase the amount of insulin for a given dose of protein to maximize that effect in the available vascular structures and muscle tissues.

Coming full circle, if an older individual lifts weights, do they need to increase their carbohydrate intake to maximize protein synthesis via increased insulin levels? No, no they don’t. The ability to synthesize new muscle tissue is largely a function of how and how often muscle tissue is used. Regardless of the age of a trainee, if the muscle tissue is being used aggressively on a sufficiently regular basis, they’ll synthesize as much muscle protein as a younger trainee.