So we’re barrelling down on the holiday season, which means amazing opportunities to reconnect with friends and family over lovingly home cooked meals.

But this is also the time of year where we actually gain the weight that contributes to eventual obesity. A study back in 2000 showed that people gained 1-2 pounds of weight between November and January, and had not lost the weight by summer the following year.  A recent analysis of studies confirmed this result.

Given the above, I’m not going to give you a complicated diet that deprives you of the culinary joys of the season. Rather, like so much of what I’ve come to love, we’re going to focus on mindset and process. Two big ideas here:

1) Make sure your habits have the right mindset

We “know” what a good diet looks like: meat, veggies, fruits, nuts & seeds, good quality fats. They’re eaten to satiety, but not to the point of being stuffed. Repeat until you become a really attractive corpse. But during this time of year, we’re going to be faced with challenges and how we adapt to them is going to determine where we stand come January. Take a page from good coaching and change how you think about the challenge.

Instead of thinking of your diet and exercise as something to be “performed” this time of year, try to maintain a mastery orientation, which goes like this:

Did you do better at today’s party than the party last week? That’s improvement! Do you feel more in control of your eating than you did last year (as opposed to what you imagine someone else doing)? That’s a self-reference comparison.

But you also need your behaviors to be adaptive. In other words, if you have to only eat a very narrow way, you’re fragile and are likely to throw caution to the wind when you can’t eat just so. We’re great at all or nothing in America and that gets us into trouble. Instead, adaptive behaviors share the following traits:

You can’t control the outcome of any process, but you can keep up behaviors that narrow the possible outcomes. Will keeping up with 80% of your workout and only having 1 slice of cake result in less to no holiday weight gain? It’s certainly more likely than no training and cake de jour.

2. Give yourself permission to fail

Notice that in the trait component above, there’s “adherence when faced with failure.” Things aren’t going to go as planned, and that’s OK, as long as you know how to deal with it. That starts with expecting things to not work out perfectly. If you give yourself permission to fail, you’re more likely to get back up, stick to the process, and succeed in the long term.

A great example of this is from a study that aimed to look at how much weight a group of dieters would gain back when instructed to take a diet break. That is, they had lost some amount of weight on a prescribed diet and were instructed to stop their diet, with the explicit goal of causing a relapse. The thing is that since the break was prescribed (e.g. The dieters had permission to not diet), the result was that there was very little weight gain and that when the dieters went back to the assigned diet, they lost even more weight.

So if you use the mindset of “Things aren’t going to be perfect and that’s OK” with the strategies in number 1 above, you have a way to enjoy some cake and not leave it on your waist through summer and beyond.

And if there’s one final tip I can give, it’s to ditch the scale and use a specific pair of clothes as a metric for weight gain, or a notch on your belt. Weight will fluctuate due to salt, water,carbs, and total food volume, but circumference abides and is unchanging. 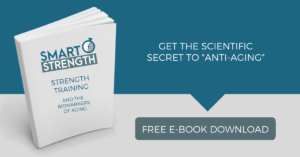 Smart Strength is the premier personal training studio in Westlake. Certified personal trainers use evidence-based methods to help you gain strength, boost energy, gain muscle, and improve mobility & balance. Enhance your quality of life in less than 1 hour per week.

Just because the country is shut down, doesn’t mean your workouts have to shut down. Now offering one-on-one private virtual training sessions